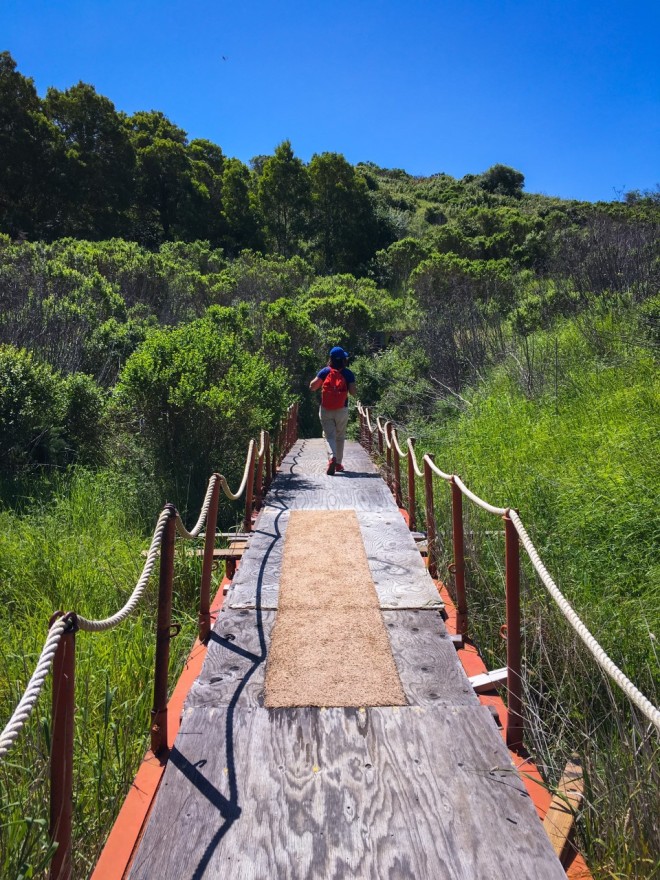 Thank you for creating the Vallejo Historical Landmarks Geotour and introducing me to your fair city.  I had never heard the term geotour (“GT”) before I saw your tweet, but I was super excited to give it a try once I knew there was a shiny prize waiting for those who complete 16 of the designated geocaches.  You did a fabulous job highlighting Vallejo’s beautiful architecture, landmarks and local history.  My friends who accompanied me on this multi-leg adventure had a blast.

The huge amount of work your team of volunteers must have put into designing and building each elaborate container, coming up with the puzzles, and preparing the detailed written historical descriptions and accompanying radio broadcasts at each site is impressive.  I can’t believe how intricate the geocaches were.  And now every geocache I find pales in comparison to these extraordinary efforts!

How do combo locks work?

I left a travel bug.

If it wasn’t for the GT, I would never have known that Vallejo was once the state capitol GC64PTC (VHLGT #1 State Capitol) or known that a house designed by Julia Morgan can be found here GC64PPA (VHLGT #8 Wilson House).  On the market for less than a million dollars in 2015, it is quite a steal for the Bay Area.  Think of the bragging rights that come with owning a house by the same architect that designed Hearst Castle!  As a library lover, I wish I could have seen the Carnegie library before it was torn down.  This discovery was made at the Vallejo Naval and Historical Museum where I had gone to find GC66DHQ (VHLGT #6 Naval Historical Museum) and also where I turned in my GT log for the limited edition geocoin.

I am glad the GT included Mare Island so I could explore the site of the first United States naval shipyard established on the West Coast.   The chapel highlighted by GC64TKA (VHLGT #10 St. Peter’s Chapel) is not only one of the oldest naval chapels in the country but also home to one of the largest collections of Tiffany stained glass.

When we got lost on our expedition, MacD and I ran into Mark Hutchings, a director of the Mare Island Historic Park Foundation.  He led us to the the naval cemetery we were looking for and shared that Francis Scott Key’s daughter is buried there.  We continued from there to the highest spot on Mare Island, where we were rewarded with a 360 degree view spanning San Pablo Bay and Mt. Tamalpais.  Back on low ground, we did a little bird watching and explored the old abandoned bunkers on the way back to the car.  Maybe one day, I will come back to golf the oldest course west of the Mississippi.

View of the Carquinez Bridge from Mare Island southern trail. 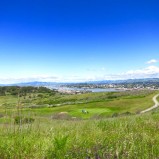 Looking for GC2J72K a non-GT cache. 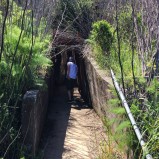 Of course, MacD had to go first! 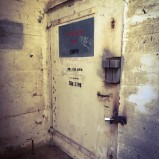 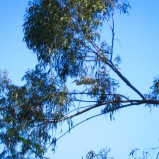 Not only did I get a great history lesson, but I also found some good food and drink while running around town.  Never in a million years would it have occurred to me that the best fried chicken is coming out of a little restaurant in Vallejo called House of Soul.  It ranks as a destination restaurant in my book.  I cannot get enough of that place.  The pride Mama Soul (as her son lovingly refers to her) and Ruben, her son, take in their food shines through in every dish I have had.  You can tell from the many commendations on the wall that this restaurant is a local institution.  It is unbelievable that it has been in business for as long as I have been alive, and Mama Soul is still cooking. That alone speaks volumes since restaurants rarely have such staying power.  When MacD keeps exclaiming “Oh, my God” after each bite, you know it’s got to be good! 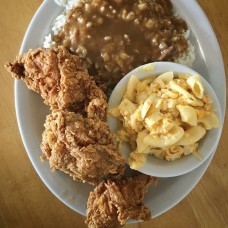 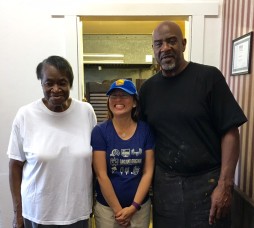 Me with Mama and Ruben

Since quite a few of your geocaches are near the ferry building, I was fortunate enough to stumble upon Mare Island Brewing Co. which serves its own locally made beer on a sunny patio overlooking the Napa River.  Even the beer sampler taught me something since each beer was named after an important event or influence from Mare Island.  For example, Survivor’s Tale Pale Ale is named for the survivors of the U.S.S. Indianapolis which sank on July 30, 1945 after being torpedoed.  Of the 1,916 men on board, only 317 survived making this the worst maritime disaster in United States naval history.  This event was also the worst shark attack in history and so incredible a story that it was relayed in an iconic scene in Jaws!  The Indianapolis had been retrofitted at Mare Island right before it set course on its fateful journey to Japan.

And last but not least, I have to give a shoutout to a neighborhood spot serving my other favorite food. After a long day of geocaching, I needed a pick me up so I found La Michoacana.  The large array of exotic ice cream flavors, colorful display of popsicles, and cases of cookies and pastries can be overwhelming.  But that’s when you just have to hunker down, focus and order one of everything!

I sincerely thank you from the bottom of my heart for opening my eyes to a whole new world and for the fantastic time I had with my friends. I can’t wait to come back again.

9 thoughts on “Somewhere, Something Incredible is Waiting to Be Known ~ Carl Sagan”